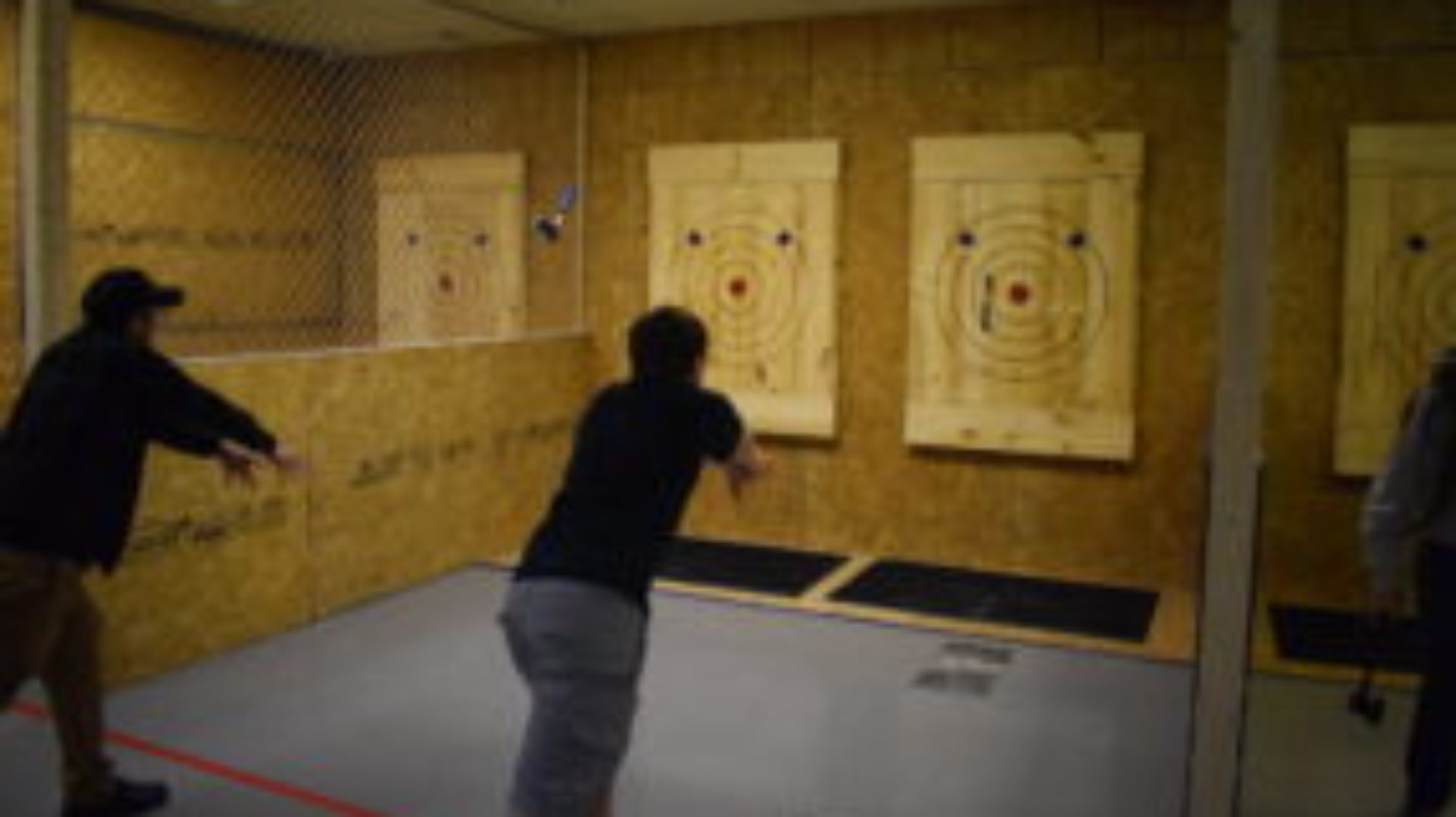 Our axe throwing league will run for 8 weeks. You will be allowed to have practice throws and warm up (be there on time or early). For the first 7 weeks everyone will get at least 40 competitive throws per night.

Your score for each throw will be tallied and recorded. This will ensure that we're not ranking you based on who you go up against, rather, your skills at hitting the bullseye to get top scores. They will then make it to the Championship Tournament in week 8 to determine the Axe Throwing League Champion!

Each participant is allowed 5 warm-up throws before their first match and one 1 practice throw before any other matches.

The kill shot (Blue Circles) ares only available on the tenth and final throw of the match. Your coach will provide a countdown as both players MUST throw their axes at the exact same time.

The blue balls, also known as the kill shot, award 10 points but only in moment of tie-breakers. Otherwise the blue balls are worth the value of the ring they are in.

If the axe is in 2 rings simultaneously, then they are awarded the points for the higher valued ring.

Stick and Stay Policy: The axe must remain in the target for the throw to count. If it falls out, then the throw will be awarded a “0”.

Every participant gets 10 throws per match, 5 throws on each side of the designated axe throwing space. The winner of the match is determined by the most points after 10 throws. In the event of a tie, there will be a sudden death where participants will throw until one gets more points. The top 16 or 75% of participants will move on to playoffs in the WATL where the winner is determined by playing the best of 5 matches.

Each game will have different objectives which can alter the way you choose to score points. Point values are always obvious and clearly marked on the targets. If they aren’t, your referee (coach) will take care of it.